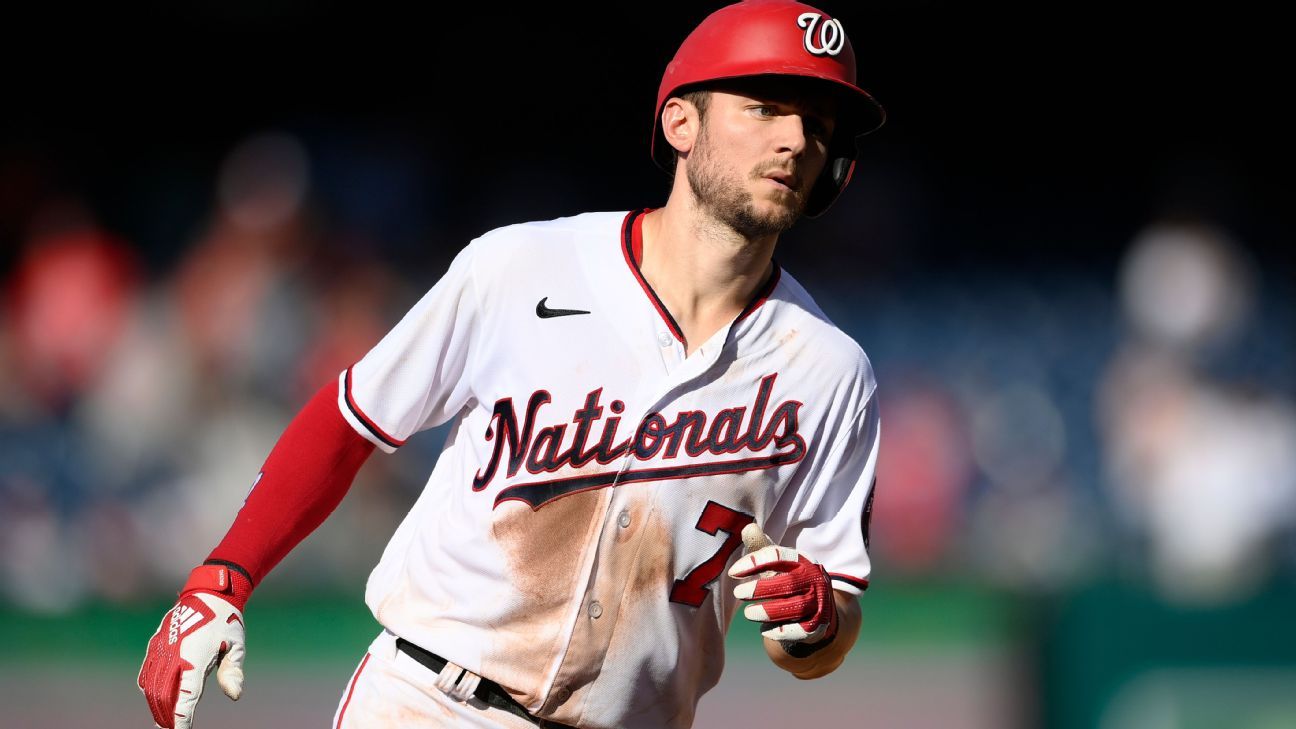 Washington Nationals shortstop Trea Turner celebrated his 28th birthday in style on Wednesday by hitting for the cycle in a 15-6 victory, doing so by the sixth inning against the Tampa Bay Rays at Nationals Park.

Turner, who later left the game with a finger injury, is the first player in Major League Baseball’s modern era (since 1900) to hit for a cycle on his birthday, according to ESPN Stats & Information research.

It’s the third cycle of Turner’s career, which is the most in Montreal Expos/Nationals franchise history, and ties the major league record for most cycles in a career.

He joins Adrian Beltre, Babe Herman, Bob Meusel and John Reilly as the only players to hit for three cycles in their career, per ESPN Stats & Information.

It’s the first cycle since Sept. 17, 2019, when the Toronto Blue Jays’ Cavan Biggio did it. There were none in the pandemic-shortened season last year.

“Hopefully, tomorrow everybody is good to go,” he said.