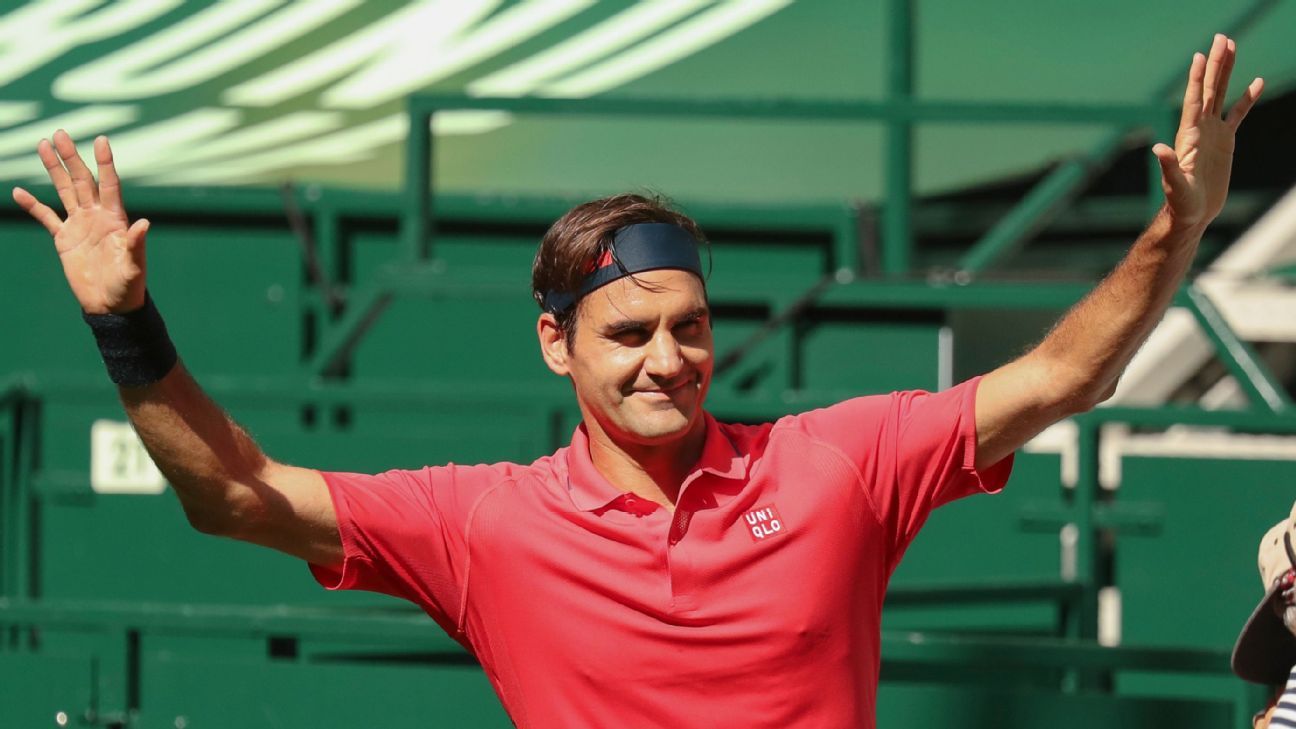 HALLE, Germany — Roger Federer returned to the court with a win over qualifier Ilya Ivashka on Monday as the Swiss player chases his 11th Halle Open title after withdrawing from the French Open to prioritize the grass-court season.

Federer held serve throughout in a 7-6 (4), 7-5 win over his Belarusian opponent but didn’t break until the last game of the match. Federer is now 69-7 in career matches in Halle, his favored warm-up for Wimbledon. Five of his eight career Wimbledon titles have come after winning Halle the same year.

Federer pulled out of the French Open after the third round last week, saying he wanted to look after his fitness following two knee operations.

He moves on to play either up-and-coming Canadian Felix Auger-Aliassime or big-hitting Hubert Hurkacz of Poland in the second round.

Also Monday, seventh-seeded David Goffin retired against Corentin Moutet in their first-round match after having been close to victory. Goffin fell in the second set but still served for the match at 6-1, 5-3 before losing the next four games and retiring at the end of the set with the score level at 6-1, 5-7.