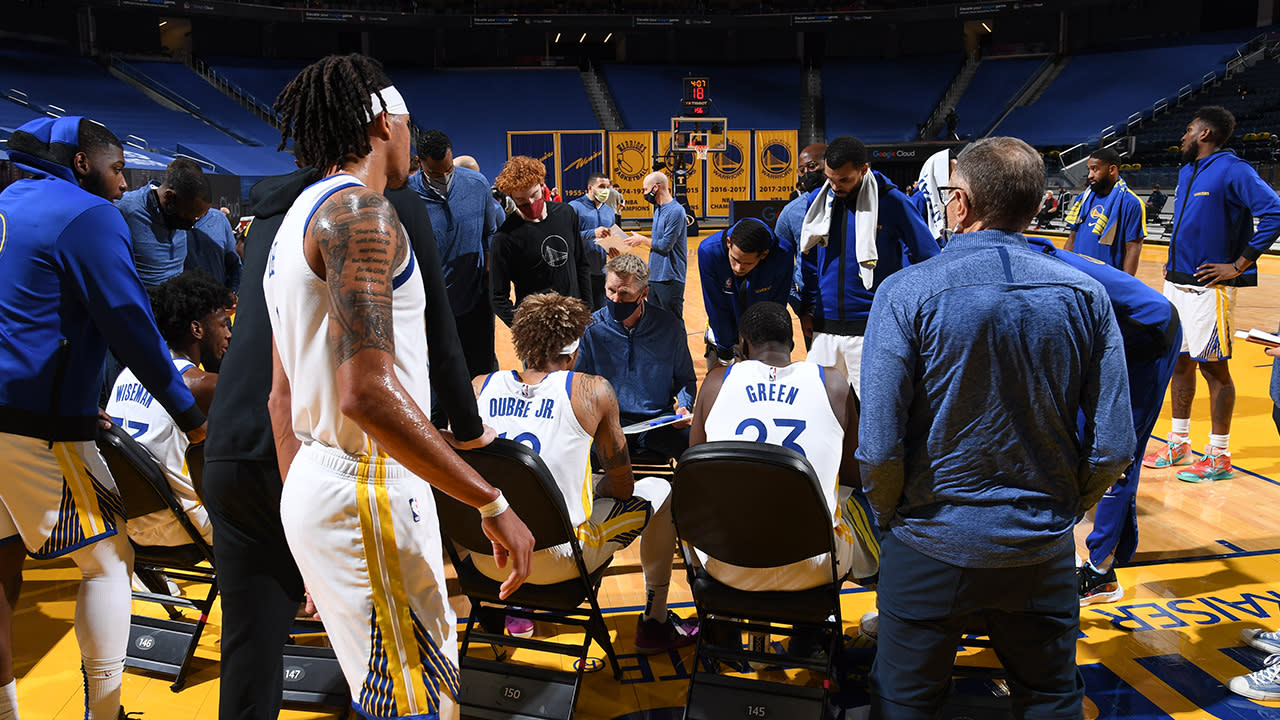 An offense seeking rhythm and timing and identity.

A defense too often looking as if it’s still on pandemic hiatus.

These are the Warriors of today, and we’ve long known that this version will look nothing like those that made Golden State famously loved, hated and feared. Seventy percent of what was an uber-talented roster has turned over since the 2019 NBA Finals. The new faces mostly are young and lack the savvy and skill of those who have departed.

Coach Steve Kerr and his staff are confronting circumstances they’ve never known as a group. They’re experimenting. A lot. And it shows, usually in the worst ways.

The latest experiment came Friday night, adding Draymond Green – one of three championship veterans still on the squad – to the group that opened the season losing three of four on the road. Green’s arrival brought no progress. The Portland Trail Blazers, in the midst of their own refacing, performed like a finely tuned machine during a 123-98 thrashing of the Warriors at Chase Center.

“Losing sucks,” said Stephen Curry, another championship veteran. “And, obviously, when you do it in this fashion, your home opener, the way that they shot the ball in the first half kind of put us behind the eight-ball quick. Offensively, (we) just didn’t have enough firepower to mount a comeback.

“We made it interesting with a couple runs but defensively, just didn’t have enough to sustain anything.”

Not a single lie in those four sentences, though “made it interesting” is a slight embellishment insofar as the Warriors trailed by double digits for all but 16 seconds in the second half.

The hope was that Draymond, who like rookie center James Wiseman, missed all of training camp but could somehow come in and crank up the energy. He tried. He failed. His endurance isn’t what it will be in a couple weeks.

The woes sticking to the Warriors for all but a few moments this season stayed with them. They’ve now been outscored in 13 of 20 quarters. They’ve been outshot in 15 of 20 quarters, and four of those came in a comeback win over the Pistons. They’ve managed a rebounding advantage four times in 20 quarters.

The offense is bad, the defense worse, though both rank 28th in rating. The Warriors on both ends of the court often look like five guys playing with five different game plans.

“We are not connected,” Kerr said. “Defense is about five men being connected. We are getting a lot of holes at the point of attack and then we are getting broken down and people are swinging the ball for wide-open shots.

“When your two big men miss the entirety of training camp and one of them has never played an NBA game before and only three college games, you can’t expect all five guys to be connected in circumstances like these. We are just in a very interesting part of our growth curve as a team. We are trying to tread water while we are trying to figure things out.”

As we’ve said before, the early part of this season, perhaps the first third, is a lab experiment in real-time.

The Warriors hope and believe their examination and analysis will produce a process that brings solutions to their myriad problems.

“In a month or so, if we have good health, I think we’ll have a real feel for rotations and where we stand around the league,” Kerr said.

That was, to be fair, before tipoff against Portland.

This was the first of 17 games the Warriors will play in January. Ten of those games are against teams that were in the 2020 playoffs or are projected to reach the 2021 postseason. The team that fell flat against Portland on Friday would lose at least 11 or 12 of those games.

The first chance at redemption comes quickly, as the Warriors face the Blazers again on Sunday at Chase Center. Kerr and his staff have one day to study this setback and discern ways to engineer a performance that can lift some of the gloom off them and the players.