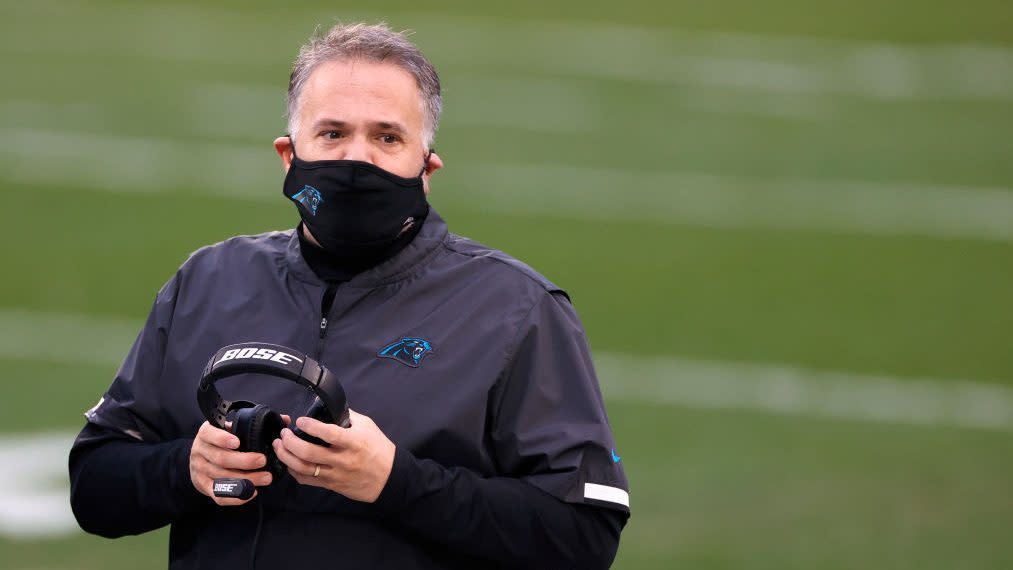 Every interaction between a draft prospect and a member of an NFL team can be like a job interview as front office personnel try to learn as much as possible about someone who could soon be a part of their team.

That reality may be even greater this year with fewer games on tape, fewer scouting opportunities, a less robust draft preparation circuit and more.

Panthers head coach Matt Rhule said that a short interaction with a highly-regarded prospect last year cemented for Rhule that he wouldn’t be a fit for what they want to do in Carolina.

“There was a player last year, and I won’t say who, but was supposed to be drafted pretty highly,” Rhule said Tuesday, via Darin Gantt of the team’s website. “And I got in the elevator with him at the Combine, and I was like, by the end of that elevator ride, I was like, ‘There’s no way that guy will be a fit with us.’”

Head coaches don’t get to spend the entire year evaluating and looking at college prospects. Their window of study is much shorter as they have a season to coach and games to prepare for themselves. Making the transition from Baylor to the NFL last year, Rhule may have had some passing familiarity with more potential draftees due to recruiting trips or games played against their teams. Nevertheless, the chance for face-to-face interaction for coaches is limited and that interaction left a lasting opinion for Rhule.

“We think we know these guys, and our scouts do a great job,” Rhule said. “But that’s only information from a third party. This is a chance for players to speak for themselves and say, ‘This is who I am. This is what my makeup is.’ Coaching them, being in meetings, just being in an elevator with them, you get a sense for the guys.

“We’re looking to find who’s tough, hard-working, and competitive, who’s smart, who loves the game. And who’s a good person. We spend six months a year together, so we want to be around people that we like and fit us.”